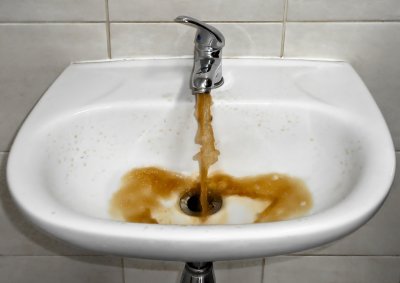 A measure of justice is in store for the victims of Flint, Michigan for the devastating water crisis that came to light in 2014. The state of Michigan has offered a $600 million settlement to Flint residents. Once legal fees are taken out, the settlement is to be distributed to the members of the class action lawsuit.

The bulk of the settlement will be directed toward children who were ages 6 and under when the city switched water sources, a calculated cost-cutting move which exposed residents to lead poisoning. This is only one of many lawsuits, both civil and criminal, to erupt out of the discovery of lead in the water – and in children’s blood tests.

Former mayor, Dr. Karen Weaver, had this to say:

I do believe more should be coming from the state and I’m still waiting to see what the EPA is going to do, because there was a role that they played in this, along with the engineering companies.

Dr. Weaver served as Flint’s mayor from 2015 until 2019 and faced the possibility of being recalled in 2017 only to survive the recall election by a landslide. While she made progress toward cleaning up Flint’s water, residents are still scared to drink the water. And with good reason – toxic levels of lead are detrimental to young and old alike. The World Health Organization points out that “young children are particularly vulnerable to the toxic effects of lead and can suffer profound and permanent adverse health effects, particularly affecting the development of the brain and nervous system.”

While much of the settlement would go directly to the children and include a fund to provide special education for children suffering from the effects of lead poisoning as well funds for those who did not file claims on time, that is small consolation when your children have been damaged by the very water they depend on.

Under the settlement, litigation would continue against the EPA and the private companies that were complicit in the change in water source that caused much of this crisis.

SmartRules offers task-based guides for drafting legal documents and pleadings including settlement conference statements which are in integral part of resolving lawsuits. Additional related guides available on SmartRules include filing instructions, complaint or petitions, and answering a complaint.

Become a SmartRules member and you will never miss a timing deadline for filing complaints, answers or motions – our Editorial Team monitors courts around the country on a 24/7 basis. Our guides reflect the latest version of any code, rule, or statute in our coverage area. Stop wading through multiple sources for research – SmartRules does that for you so that you can increase your billable time and your time off.

Click On Detroit – 6 years later: Where things stand in the Flint water crisis

WHO – Lead poisoning and health