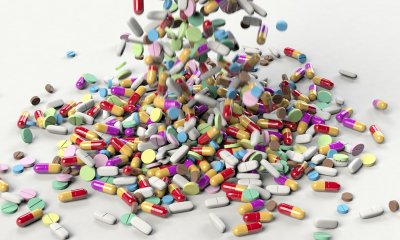 If you are old enough to remember, there was a time when cigarettes were advertised as either an extension of a glamorous woman, or the rugged mark of a handsome cowboy. Big Tobacco had their day in court in 90’s (and vaping will likely be there soon) but the current focus is on Big Pharma and opioids.

Once again, a public deceived (initially) into thinking a product was reasonably safe (after all, it was prescribed by a doctor) is now waiting to see the developments in what is now known as the National Prescription Opiate Litigation.  This particular lawsuit, taking place in the Ohio Federal courts, represents a consolidation of several suits brought against the makers of the opiates (the Sackler family) and the distributors (McKesson among others) which have fueled a raging storm of addiction and death in our country.

To be fair, many users were, and continue to be, in severe and intolerable pain. Yet the overflow to recreational users who now cannot stop has reached staggering numbers; 130 people overdose each day. Zachary Siegel of Slate writes the following in his recent piece covering the opioid crisis, How a Big Pharma lawsuit Could Succeed Where Big Tobacco Failed:  “These lawsuits apply the same legal theory that extracted a $246 billion settlement from Big Tobacco in the ’90s for deceiving the public and hiding the full extent of the health risks associated with smoking cigarettes. Governments are paying out billions of dollars to treat an epidemic of addiction that was sparked, in part, by the widespread use and promotion of prescription opioids, and these companies that raked in billions of dollars should foot the bill. This time, rather than treating smoking-related illnesses like cancer, governments are shelling out billions of dollars on expensive drugs that prevent overdoses and treat addiction. Big Pharma, the plaintiffs argue, should pay up.””

However, a potential legal plot twist is in store as just last March Purdue Pharma (owned by the Sackler family) agreed to pay Oklahoma $270 million in lieu of trial wherein members of the Sackler family were to be called to testify regarding the of charges of misleading marketing practices and misrepresentation of Oxycontin, according to David Noll’s piece First opioid lawsuit settlement raises questions with dozens more cases waiting.