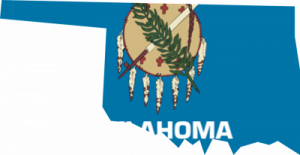 “On the far end of the Trail of Tears was a promise,” wrote Justice Neil Gorsuch in his introduction to the Supreme Court’s majority opinion regarding The Muscogee Creek Nation’s relationship with Oklahoma. “Forced to leave their ancestral lands in Georgia and Alabama, the Creek Nation received assurances that their new lands in the West would be secure forever. In exchange for ceding “all their land, East of the Mississippi river,” the U.S. government agreed by treaty that “the Creek country west of the Mississippi shall be solemnly guarantied to the Creek Indians.”

On July 9, 2020, the Supreme Court ruled that nearly half of the state of Oklahoma is Native American land. The amount of land is sizable, yet even larger are the anticipated legal repercussions. The ruling addresses two key aspects – a physical allocation and also redirection in terms of jurisdiction – state courts have no jurisdiction on “native lands.”

The Muscogee (Creek) Nation applauded the decision and issued the following statement:

“The Supreme Court today kept the United States’ sacred promise to the Muscogee (Creek) Nation of a protected reservation. Today’s decision will allow the Nation to honor our ancestors by maintaining our established sovereignty and territorial boundaries. We will continue to work with federal and state law enforcement agencies to ensure that public safety will be maintained throughout the territorial boundaries of the Muscogee (Creek) Nation.”

McGirt v Oklahoma was the pivotal case reaching the Supreme Court. McGirt was convicted of several sexual crimes on Muscogee land and argued that the state of Oklahoma did not have jurisdiction to convict him. The Creek Nation joined McGirt as an amicus curiae impartial advisor, not to mitigate his crimes but rather to uphold his position that he should be tried in federal court – not the state of Oklahoma.

The state of Oklahoma struck back through several arguments in an attempt to discredit the Creek Nation’s territories as being an actual reservation – and if had been one, various historic acts by Congress served as “disestablishment.” (It is important to note that only Congress can dismantle an Indian reservation.) One tactic was citing the “allotment era” – referring to the efforts of Congress to compel many tribes to parcel lands for individual ownership in lieu of traditional community lifestyle. For the Creek Nation, this occurred under the 1901 Creek Allotment Agreement. And, prior to this, in 1898 (Curtis Act) Congress did indeed abolish the Creek’s tribal courts (after promising they could self-govern) and transferred all pending civil and criminal cases to the U.S. Courts of the Indian Territory. And there’s more which we will not go into in this post. To this end, Gorsuch wrote: “Plainly, these laws represented serious blows to the Creek” tribe.

Mr. McGirt’s appeal rested on the federal Major Crimes Act (MCA). A portion of the Major Crimes Act reads: within Indian country “[a]ny Indian who commits” certain offenses “against the person or property of another Indian or any other person…shall be subject to the same law and penalties as all other persons committing any of the above offenses, within the exclusive jurisdiction of the United States.” 18 U. S. C. §1153(a).

In Laurel Wamsley’s NPR Law blog post, Supreme Court Rules That About Half Of Oklahoma Is Native American Land, she says, “the ruling has a number of significant consequences for criminal law in the relevant portion of Oklahoma. The first is that going forward, certain major crimes committed within the boundaries of reservations must be prosecuted in federal court rather than state court, if a Native American is involved. So if a Native American is accused of a major crime in downtown Tulsa, the federal government rather than the state government will prosecute it. Less serious crimes involving Native Americans on American Indian land will be handled in tribal courts.”  Wamsley added that one concern among dissenters is how past decisions will be handled – numerous previous convictions may now be considered to have been wrongful – and may be challenged by criminal defendants.

Justice Neil Gorsuch, delivered the opinion of the Supreme Court, in which Justices Ruth Bader Ginsburg, Stephen Breyer, Sonia Sotomayor, and Elena Kagan joined. Chief Justice John Roberts filed a dissenting opinion, in which Justices Samuel Alito and Brett Kavanaugh joined, and in which Justice Clarence Thomas joined except in regards to footnote 9.