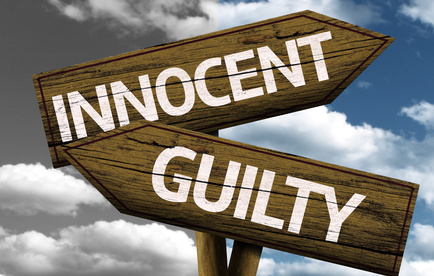 Plea bargaining, the process of negotiating with the criminal court system to accept a lesser charge in lieu of a more favorable punishment, has a long and varied history dating as far back as the 17th century Colonial Era. By the 1960’s, plea bargaining in the United States was looked upon unfavorably and discouraged by most judges. However, in 1963, a man named Henry Alford was charged with first-degree murder in North Carolina. Alford, fearing the death penalty, which was the typical punishment if found guilty of first-degree murder, pled guilty to second-degree murder and received a 30-year sentence. He later appealed, citing his fear of the death penalty as his only reason for foregoing a trial.

An Alford plea is a guilty plea in the criminal courts where a defendant maintains a stance of innocence yet agrees to plead guilty.

Here is where it gets interesting – Alford could also have pled guilty to the first-degree murder charge and avoided the death penalty –he did not want to plead guilty at all but was fearful of a trial.

An Alford plea is a particular guilty plea in the criminal courts wherein a defendant maintains a stance of innocence yet agrees to plead guilty. So what is the essential difference between pleading guilty under an Alford Plea – and just pleading guilty? Attorney Micah Schwartzbach, writes the following is his piece, Is an Alford Plea the Same as Guilty Plea?:  “…an Alford plea is a guilty plea by a defendant who claims to be innocent. A no-contest (or ‘nolo contendere’) plea is a plea by a defendant who accepts punishment but doesn’t admit guilt. Both kinds of plea result in conviction. Despite claiming innocence, a typical Alford defendant considers the evidence too strong to go to trial. To that kind of defendant, the chance of a jury conviction and a tougher sentence is enough to plead guilty.”

Not all states allow the Alford plea (New Jersey for example), such pleas are heavily dependent upon jurisdiction.  In some instances, an Alford plea may be accepted in civil litigation courts.

Another distinction pointed out by Schwartzbach is that unlike a no-contest plea, an Alford plea can be admissible in later criminal cases, in part because the Alford plea requires a judge to give consideration to whether or not the defendant is actually guilty.

Schwartzbach writes, “Federal Rule of Evidence 410 says that, in a later criminal or civil case, evidence of a nolo contendere plea can’t be admitted against the person who made the plea. (Fed. R. Evid. 410(a)(2) (2017).) But in one 2010 federal case, a judge said that nolo contendere pleas and Alford pleas are not the same for purposes of this evidence rule.

The judge said that the two kinds of pleas are different in at least one respect: Under federal rules, an Alford plea requires that the judge inquire into whether the defendant is guilty, while a nolo contendere plea doesn’t. So, in that case, the judge held that the defendant’s prior Alford plea could be used as evidence in a prosecution for being a felon in possession of a firearm. (United States v. In, No. 2:09CR00070 DS, 2010 WL 2869108 (D. Utah July 20, 2010).)”

One infamous Alford plea scenario which played out in the courts is the case of the West Memphis Three. In 1993 three teens were convicted of the murders of three children.  In this instance, in lieu of a new trial, the convicts chose to plead guilty under the Alford plea in 2011 while maintaining their innocence so that they could leave prison and return to society. It is important to note that the Alford plea, in and of itself, does not exonerate them of the crime. Their plea arrangement did however prevent them from suing the state for wrongful imprisonment.