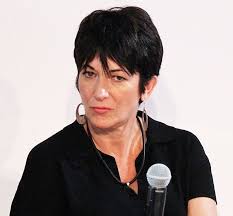 Wrapping tin foil around your cell phone might not protect your privacy but usually a sealed deposition will. In the case of Jeffrey Epstein’s confidant, Ghislaine Maxwell, neither protected her secrets.

The British socialite was the infamous confidante of the late financier Jeffrey Epstein who died in prison while awaiting trial for allegedly running a sex ring of under-aged girls. (This was not his first rodeo as a sex offender.) Maxwell was charged with sex trafficking of children, enticement of minors, and perjury. She now sits in the same prison where Epstein died.

Maxwell’s bail was denied as was her request to stay in a luxury Manhattan hotel prior the trial. Her trial is scheduled for June 2021 and is expected to last 3 weeks.

But that wasn’t her only legal battle. Maxwell’s attorneys tried unsuccessfully to prevent the disclosure of a 2015 deposition detailing Maxwell’s email correspondence with Epstein. That deposition showed that her later statements of not having been in contact with Epstein for more than a decade where not true. The unsealed documents are part of a settled civil suit between Maxwell and Epstein and their accuser, Virginia Giuffre, and include a deposition in which Giuffre claimed she was sent to have sex with several high-profile men.

According to J. Edward Moreno’s article in The Hill:

“Among the trove of documents are emails between Maxwell and Epstein in 2015 where he tells her she has done ‘nothing wrong,’ which appears to contradict her attorney’s previous claims that the two had not been in contact for more than a decade. Maxwell’s attorneys tried to stop the release of the documents. [Judge] Preska announced last week she would unseal the records pending an appeal because ‘any minor embarrassment’ in releasing them is ‘far outweighed by the presumption of public access.'”

Alas, Maxwell would have been served well by reading our piece on E-Discovery. Initially propelled by the rise of instant messages and word processed documents, today’s realm of “E-Discovery” is a world unto itself where nearly everything, not only on a hard-drive but also in the cloud, can be called on for production.

It was in 2006 that the Federal Rules of Civil Procedure were amended to reflect this pivotal change in discovery: the inclusion of electronic records. From producing voicemail recordings to deposing IT managers, E-discovery has emerged as a multi-billion dollar industry. The rise of E-discovery has become a separate body of Electronic Discovery Law, initially being used in select high-profile cases to now being an integral part of routine civil and criminal litigation.

Discovery, as it pertains to law, is a collective term for pre-trial procedures where parties request the disclosure of information from their respective adverse party – or attempt to decline such – while remaining in compliance with the respective court. Requests, motions, and documents pertaining to discovery include: Initial Disclosures, Rule 26(f) Report, Requests for Production, Response to Request for Production, Interrogatories, Responses to Interrogatories, Requests for Admission, Responses to Request for Admission, Notice of Deposition, Subpoenas, and Responses to Subpoenas.

SmartRules monitors court rules across the country 24/7; over 2,500 guides and local rules have been updated since January 2020. Are you sure you are working with the latest version of every code, rule, and statute in your jurisdiction? Visit SmartRules to see if we offer task-based guides for legal pleadings in your coverage area.