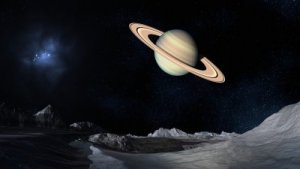 Space law. Yes, this is a thing – and there is going to be far more in store for legal terrestrials looking for the next uncharted territory. If you are among the few to actually be launched into the heavens, don’t get carried away and start doing your online banking as there may be earthly consequences. Anne McClain, an astronaut, not only gets kudos for being a woman in space but also for being accused of potentially committing the first online crime in space due to accessing her former partner’s bank account from an International Space Station.  While McClain’s actions have no legal precedent (an individual accused of a crime in space), “space debris” from one nation damaging another nation’s space equipment has been addressed in the courts before – opening up to yet another field, space waste management.

Staff writers at  Bold Business  write the following in The Space Economy: Get Ready for Space Lawyers!:

When it comes to space law cases, a precedent actually exists that serves as a foundational guide. The United Nations Office for Outer Space Affairs (UNOOSA) was created decades ago when space explorations first began. A remarkable document that came from UNOOSA’s efforts was that of the Outer Space Treaty. This treaty governs all space activities involving both exploration and use of outer space, including the moon and other planets. And the treaty identified all of outer space as a heritage for humanity and communal in nature.

According to the article, the combination of impending space tourism, commercial interests, and exploration in conjunction with past treaties among nations point to enormous growth in the area of space law.

If you are interested in learning more about how to incorporate space law into your practice, the Cleveland-Marshall College of Law has invested in a Global Law Center as well as online classes. The school’s mission is, “to promote the development of law for the peaceful use of outer space, to facilitate the growth of the commercial space industry, and to train next-generation space lawyers.”