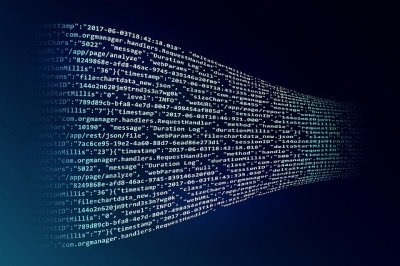 Benefiting from bots pays off well – until you wind up in court. Compulife Software Inc.  sued its competitors for scraping enormous amounts of proprietary data and selling it. While several claims were brought against the defendants, it was the misappropriation of trade secrets which proved to be the pivotal issue.

Morrison Foerster attorneys J. Alexander Lawrence and Lily Smith write the following in their blog post Webscraping a Publicly Available Database May Constitute Trade Secret Misappropriation: “Following a bench trial, Magistrate Judge James Hopkins found that, while Compulife’s underlying database merits trade secret protection, the individual quotes generated through public Internet queries to the database do not. So using a bot to take those individual quotes one by one did not constitute a misappropriation of trade secrets. On appeal, however, the Eleventh Circuit disagreed, vacated, and remanded the case” back to the lower court where the original case was tried.

“Transformative Database” is Compulife’s flagship product, containing  premium-rate tables received from life insurance companies, often prior to public availability. The company applies a special formula to these rate tables to calculate personalized life insurance quotes which are then sold to insurance agents via two versions of membership. The general public may also access the database and subsequently be referred to a participating insurance agent.

To prove trade secret misappropriation, Compulife had to show that:

(1) it possessed a trade secret, and

(2) the trade secret was misappropriated, either by one who knew or had reason to know that the secret was improperly obtained or by one who used improper means to obtain it.

Misappropriation can be shown through improper acquisition, disclosure, or use.

The lower court ruled that the individual quotes taken did not represent trade secret misappropriation despite the underlying database structure from which they were derived. On appeal, the Eleventh Circuit held that the judge’s reasoning was flawed.

The Eleventh Circuit recognized that the quotes’ public availability is important to the first prong of trade-secret misappropriation — the initial determination whether a trade secret is protectable. The Court held that public availability creates a vulnerability, which — if unreasonable — could be inconsistent with the reasonable precautions requisite to trade secret protection.

However the appellate court held that, while the quotes themselves are not entitled to protection as trade secrets, the original judge failed to consider how much of the Transformative Database was taken — in a bit-by-bit fashion — from a protected portion of the trade secret.

A crucial distinction recognized by the court is that, while the the lower court correctly concluded that the insurance quotes available to the general public are not protectable on an individual basis, the massive collection by means of a bot (far more data than mere mortals could amass) is what potentially leads to misappropriation. To this end, Lawrence and Smith write, “the Court reasoned that, even if quotes aren’t trade secrets, taking enough of them must amount to misappropriation of the underlying secret at some point.”

The appellate court voided portions of the original court’s ruling and sent the case back to be redecided.

Getting all of the many details right in a civil case is essential. And creates more work. SmartRules guides do that work for you, ensuring that you always have current rules and requirements.

Timing and discovery are important aspects of a lawsuit — whether filing an amended complaint or responding with an amended answer. SmartRules offers task-based guides for civil litigation pleadings. Our guides reduce time spent wading through multiple sources of information and so you can increase billable hours. Through our extensive network of court contacts, our content is monitored and updated 24/7/365.