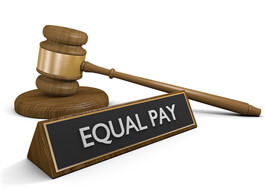 In an effort to narrow the gender pay gap, California employers will be prohibited from asking job applicants to disclose their prior salary as of January 1, 2018. Additionally, the potential employer must state the pay range of the position if asked by the applicant. AB-168 has been signed by Governor Jerry Brown and it will impact all public and private sector employers of any size in the state.

Doesn’t California already have a law covering this? Sort of. Last year a weaker law went into effect which cited that prior compensation should not justify a disparity in gender pay according to Kathleen Pender, a columnist for the San Francisco Chronicle in her piece New Law Bans California Employers Their Prior Salary.

While the bill enjoys bipartisan support, there are numerous opposition groups, in particular, the San Jose School District which believes this inhibit attracting and retaining the best candidates for teaching.

According to Pender, backers of the bill believe that this will help end perpetuating gender discrimination by eliminating instances wherein a woman is paid less than a man doing the same job yet her new employer bases her pay on her prior salary. Pender writes: “The new bill goes further by prohibiting employers, “orally or in writing, personally or through an agent,” from asking about an applicant’s previous pay. However, if the applicant “voluntarily and without prompting” provides this information, the employer may use it “in determining the salary for that applicant.”

Women in the workplace in Delaware, Massachusetts, and Oregon will also benefit from similar laws and interestingly both New York City and San Francisco have similar ordinances; in San Francisco, employers may not release salary information without consent.